When I first heard Brian Hemesath say “IMFCON,” I sincerely thought he was making a Battlestar Gallactica reference. Admittedly, I made at least one awkward Edward James Olmos joke before Brian informed me that IMFCON is actually an acronym for the International Music Festival Conference–a hip music and film conference which takes place annually in Austin, Texas. As sponsors, Brian told me we’d be taking a trip to Austin to meet festival coordinators and spread the good word about VolunteerLocal.

So last month, we threw on our swanky VolunteerLocal t-shirts and hopped a couple American Airlines to Dixie–Brian proudly sporting a golf bag that was nearly as tall as I am (and comically wrapped in bright blue painter’s tape), and I was carrying all the mediated stereotypes of a landlocked Iowa girl, along with a relatively small carry-on (in which I had somehow stuffed cowboy boots, heels, a blanket, six pairs of pants, three swimsuits and an extra hair dryer…you never know).

We came, we saw, we conferenced. We also a learned a lot and met some wonderful people along the way.

Burning Man. The first panel we attended was a forum on Burning Man, where we got to meet the actual team behind this notorious barter-style, art-inspired, soul-enhancing summer festival in Black Rock Desert, Nevada. Fascinatingly, Burning Man features no musical performances (planned, at least), no food vendors, and no cell phone reception. The business model that sustains Burning Man is predicated on the human model of reciprocity, community, and calculated risk. It sells out every year.

“The Best Speaker on the Planet…is not named Martin Atkins,” says Martin Atkins. “Who would want to be introduced that way?!” Actually, we thought he was pretty great. Using a variety of props, profanities and some good old fashioned common sense, he presented to IMFCON attendees the importance of keeping up with changes in technology, using the “free” tactic (no, really, this is free), and being awesome. Then he threw blueberry muffins at us.

Ticketing companies. There were many. Naturally, we still think Tikly is the best.

Unconference. The “unconference”: a series of roundtable discussions that revolved around a prompt hidden beneath the centerpieces of each table. These prompts were pointedly unconference-y, ranging from What’s your favorite country? to Who is your all-time favorite musical artist? After a few minutes, attendees scattered to meet new people at different tables. It was here I met some ladies from the Oyster Ridge Bluegrass Festival and Hands That Rock, as well as The Festival Guy (who bears an uncanny resemblance to Orlando Bloom)!

Tito’s Vodka and Chocolate Coconut Water. If you loved drinking the leftover milk after a hearty breakfast of Cocoa Puffs when you were a kid, this is the drink for you!

New Technology to Streamline Festival Operations. Brian got to talk shop as a member of this panel to discuss how recent advents in technology can help to streamline festival operations–namely, volunteer management. We loved the opportunity to hear from volunteer coordinators first-hand the problems they face, the solutions they need, and the current systems they’re using. 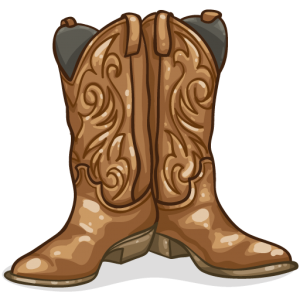 All Texans wear cowboy hats. Untrue. I think I saw more people in the Dallas airport with cowboy hats (enthusiastic tourists?) than in the entire city of Austin during our stay. So there you have it. Cowboy boots? Different story altogether.

We’d like to thank the great people at IMFCON for hosting another informative and entertaining conference, as well as all the festival coordinators we met along the way. Cheers to Austin, Texas for keeping it real (and weird). Until we meet again!