It’s tempting to want to believe that Alzheimer’s disease only happens in movies and tragic romance novels (looking at you, Nicholas Sparks), but the dark reality is that Alzheimer’s has affected our friends, families and grandparents more than many realize. In fact, the threat of diagnosis is higher today than ever before. “Between 2000-2010, other diseases have gone down anywhere between 2-10%,” says Chantelle Mathany, the Development & Communications Coordinator for the Greater Iowa Chapter Alzheimer’s Association. “In that same time frame, Alzheimer’s has risen 68%.”

Every 68 seconds, someone is diagnosed with Alzheimer’s Disease.

Thanks to the good work of people like Chantelle Mathany, however, there is hope for a brighter future – a world without Alzheimer’s. The Alzheimer’s Association is the 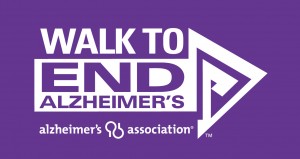 world’s leading voluntary health organization in Alzheimer’s care, support and research. “We provide programs and services such as a 24/7 toll-free helpline, support groups, and community education,” says Mathany. “We also engage in advocacy initiatives and research activities to both help those living with Alzheimer’s today and those who may be at-risk.”

The Greater Iowa Chapter was a grassroots endeavor. Originally started by groups of dedicated caregivers from across the state to share best-practices and support one another, they eventually merged to form a nationally-affiliated chapter headquartered in Central Iowa. The Greater Iowa Chapter now provides programs and services in 63 Iowa and Illinois counties, with four outreach offices and, of course, the Chapter
headquarters in West Des Moines.

The Greater Iowa Chapter uses VolunteerLocal to manage their volunteers; it’s especially helpful during the Walk to End Alzheimer’s fundraisers. “Organizing volunteers was a nightmare before VolunteerLocal,” says Mathany. “Now, I don’t have to send five emails to each individual and update Excel spreadsheets three times a day.” The biggest benefit, says Mathany, is the ability to list all volunteer opportunities online in one place: “Volunteers can customize their experience based on their availability and interest.”

Find a Walk near you, or volunteer locally today!

Photo courtesy of the Alzheimer’s Association