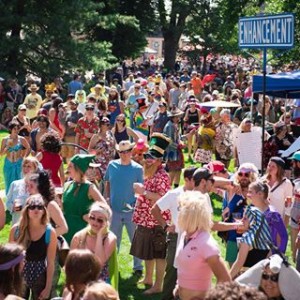 The Tour de Fat is a traveling bicycle carnival hosted by the New Belgium Brewing Company. In its twelfth year, the Tour de Fat is now represented in ten cities across the U.S. The mission of the Tour is to foster a culture of enthusiastic cyclists in a sustainable way, while generating funding for local bicycle non-profits. Sounds pretty cool, right?

Just ask Jimmy Hallyburton, Executive Director of the Boise Bicycle Project (BBP) in Idaho. The BBP is one of the non-profit recipients of the Tour de Fat Boise proceeds. This year, the BBP received about $10,000 from the event – money that goes a long way towards keeping the lights on and the bike chains tight. In return, Hallyburton scheduled and managed 150 BBP volunteers to help coordinate the multi-thousand person parade, set-up and tear-down the festival, direct parking and man the water stations.

“The [VolunteerLocal] format was very easy, informative, and beneficial to the volunteers. We would definitely use it again, and already have recommended it to others.” – Jimmy Hallyburton, the Boise Bicycle Project

The Tour de Fat is important to Boise for many reasons. The most obvious might be that it generates a ton of money for the local non-profits that are trying to make a difference in the 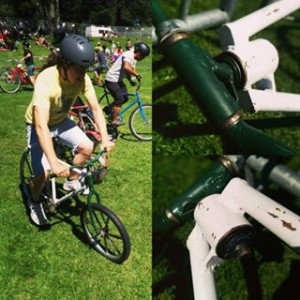 community everyday. The less obvious, but just as important, is that it helps to remove damaging stigmas from the ‘cycling scene,’ exposing bicycles as fun and healthy tools for transportation and transformation.

“There are all sorts of crazy costumes and weird bikes, and it just shows people that all you really need to ride a bicycle is – a bicycle, yourself, and at least some underwear to be legal,” laughs Hallyburton. “People let their freak flag fly, and come together for the love of bicycles.”

Kaylee Williams is the President of VolunteerLocal, a volunteer scheduling, management and communication platform for organizations of all types and sizes. Williams is passionate about community service and inclusion (diversity) in tech. She is a triathlete, volunteer coach for Girls on the Run, bass guitar player and homebrewer.